Tony is not only the bass player in The Chicago Catz, but he is a well rounded individual who has mentored many in the music industry. While currently a music producer, for “Downtown Productions“, Tony has produced Michael Avery, Roxanne Harvey, Durell Daniels, Stanley Ratliff and Hope House, Phase 2, Zaya Z and the Jesus Word Center Life Changing Choir. He is currently producing Lady Dallas.

Tony has also ventured down the path of actorsville where he’s played and can be seen in such films as ‘Ali’ with Will and Jada Smith, ‘Above the law’ and ‘Undersiege’ with Steven Segal, ‘A Family Thing’ with James Earl Jones and Robert Duvall. He just recently participated in a movie ‘The Guardian’ with Kevin Costner and Ashton Kutcher,also on sound track’s for ‘A PERFECT MURDER’…’DEAD PRESIDENT’S’ … and the Disney Film ‘HOLES’.

TONY a man of many means … if you know what I mean. 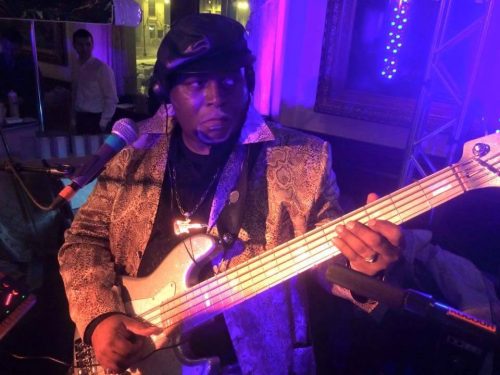